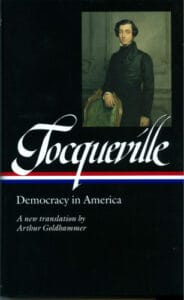 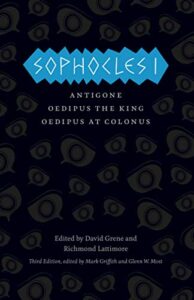 Antigone confronts the audience with the questions- is what is legal always what is just? Creon’s law denies Polyneices a basic burial rite. It is illegal to break this law, but Antigone makes the case that Creon has no right to make this law since is flies in the face of the will of the gods. She refuses to obey an unjust law. The play makes clear that Creon offends the gods with his unjust law and that he perverts the relationship between the living and dead; first by refusing to allow Polyneices to be buried and then again by burying Antigone alive. The play also offers an interesting reflection on leadership and the role of the state. 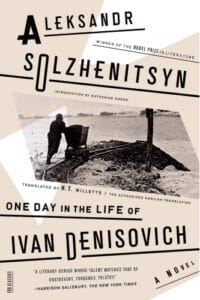 One Day in the Life of Ivan Denisovich

This book was transformational upon publication because of the way in which it exposed the harsh reality of the lives of even unexceptional political prisoners in the huge system of camps that made up the Soviet Gulag. Along with Solzhenitsyn’s other writings and the works of other artists coming out of the Soviet Union, it contributed to the eventual demise of that system. This can be a good place to start, but for most students the truly transformative aspect of the work will be the questions it raises rather than the abuses it uncovers. 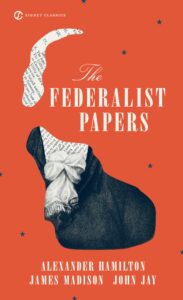 The arguments of Publius are alive today. In 1821, Chief Justice John Marshall wrote of The Federalist Papers, “It is a complete commentary on our constitution; and is appealed to by all parties in the questions to which that instrument has given birth. Its intrinsic merit entitles it to this high rank, and the part two of its authors [i.e., Hamilton and Madison] performed in framing the constitution, put it very much in their power to explain the views with which it was framed.” This view has not waned. The Federalist Papers continue to be cited in US Supreme Court cases as the authoritative interpretation on the original intent of the US Constitution as well as in thousands of law review articles and cases of the lower courts.

This text raises very directly questions about the role of women in society, about the place of war, and about the role of sexual desire both in individual relationships and in relation to the state. Students are likely to sympathize strongly with the Lysistrata, who is far more than simply the leader of the sex strike. In her attempts to persuade the women to forgo sex (which, the play makes very clear, they enjoy as much as the men) and in her conversations with the magistrate, she reveals herself to be a talented leader and someone who has given serious thought to the proper administration of the state. 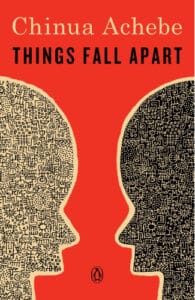 Okonkwo is a man among men. Raised by a “weak” father, he is determined to undo the legacy of laziness his father left behind. Okonkwo works hard, has the best farm in the land, many wives and multiple children. He is, according to his village, a successful man. He is also one of the most feared men. His prowess on the battlefield is no less impressive. When he accidentally kills the son of a village elder, he is banished to the land of his mother for seven years. When he returns to his village, everything has changed. The colonialists have arrived and everything he knows about manhood and what it means to be a leader has changed. On one hand, he is angered and embarrassed by his village’s refusal to fight the colonial forces; on the other he is subject to the indignities of their rule on a daily basis. Ultimately he takes his own life. 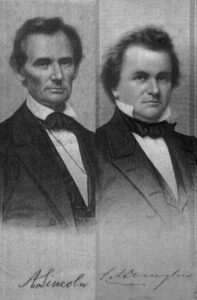 Lincoln-Douglas Debate 7 highlights the problems that confronted American society on the eve of the Civil War. By 1858, issues over slavery, both the immorality of the institution as well as its possible expansion, had polarized the United States. The debates highlighted a major problem with American democracy. How can a society consider itself a democracy when a portion of it cannot be treated like human beings? 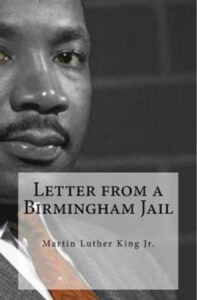 Letter From a Birmingham Jail

In addition to its transformative impact on the civil rights movement, King’s speech also grapples with a timeless human question: is it just to disobey an unjust law? How do you overcome and end oppression? What in fact is the difference between a just and an unjust law? Is it wrong to fight for what is right if you know it will lead to violence?